10 Things You Didn’t Know About Dodge 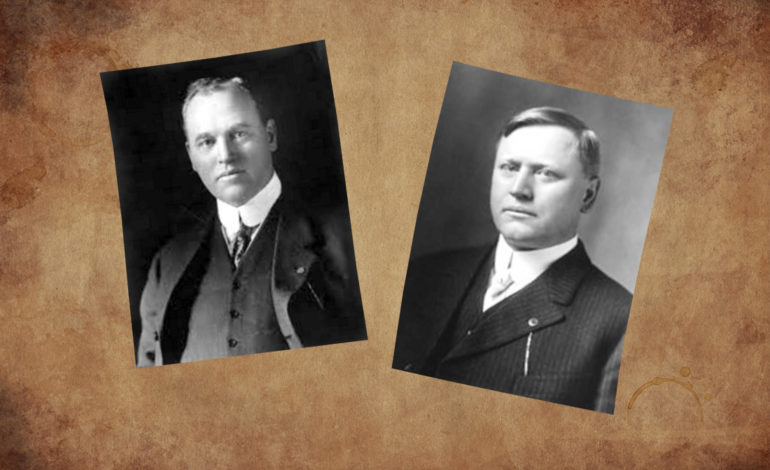 The Dodge Brothers, Copyright by AEC, 2022

1. Dodge is over 120 years old! Dodge was originally founded by brothers Horace Elgin Dodge (left) and John Francis Dodge (right) in Detroit, Michigan and became a sole car manufacturer in the year 1900.

A Ford Model T engine like the ones supplied by Dodge in the 1900s. No Copyright, Public Domain

2. Dodge was founded as a parts supplier to support the growing boom of automobile production that was taking place in Michigan in the early 1900s. From 1883 to 1913, Dodge supplied transmissions to Oldsmobile and entire engines to Ford. Dodge ended the parts supply business in the same year that Henry Ford invented the moving assembly line. 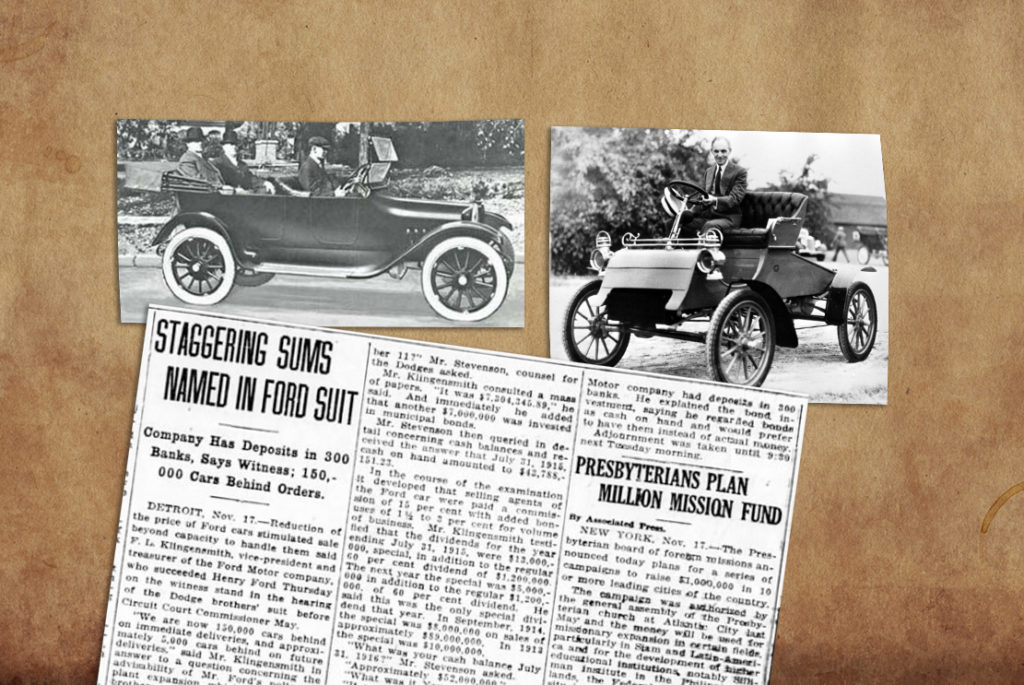 The Dodge Brothers (riding in a Ford) and Henry Ford weren’t always on good terms. Copyright by AEC, 2022

3. The Dodge brothers and Henry Ford weren’t always on good terms. Their disputes ranged from personal feuds to corporate lawsuits about company stocks, business practices, and – ultimately – millions of dollars. Above that, both companies grew to be competitors for the century to come. 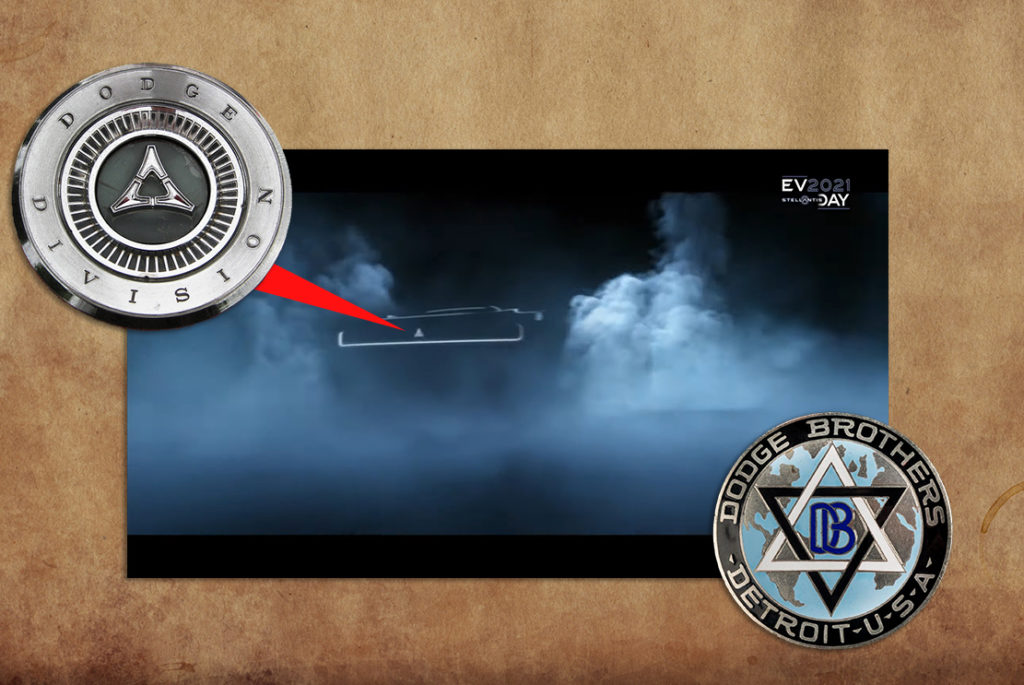 The “Fratzog” logo, used on Dodge’s 2021 EV concepts actually dates back to 1962 and is itself based on one of the brand’s first logos. Copyright by AEC, 2022

4. The logo currently used on Dodge’s latest EV concepts is called “Fratzog” and is actually not a new design. The name and the three-pointed shape were originally created by Dodge designers back in the 1960s and first used on the 1962 Dodge Polara, staying in use until 1976. Funnily enough, the name is totally made up and carries no meaning at all. The logo is meant to resemble the two deltas that stand for both Dodge brothers, which had been used in the pre-1938-logo above. That logo was decommissioned because of its similarity to the Star of David.

The 1969 Dodge Charger Daytona had one of the largest rear wings ever put on a production car. Copyright by: By Karrmann, CC BY-SA 2.0; Wikimedia-Commons

5. The 1969 Dodge Charger Daytona, along with its sister car, the Plymouth Superbird, has one of the largest high-mounted rear wings ever made. And yes – what you see above is a production vehicle that you could order at any Dodge dealership. Dodge’s racing version for NASCAR made it up to an astonishing 391 km/h (243 mph)! 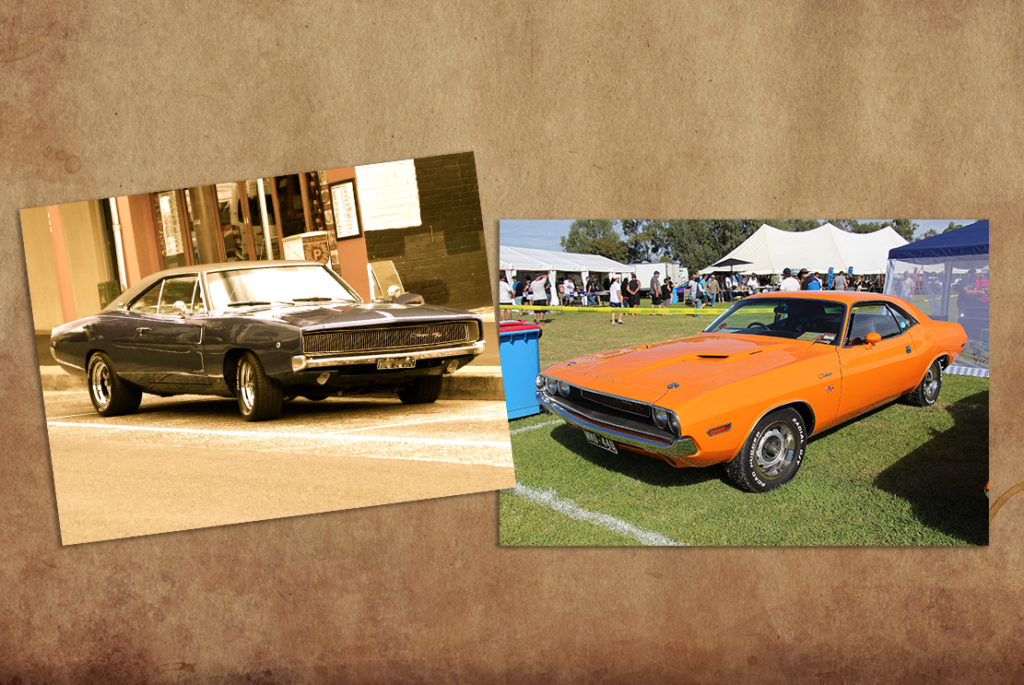 6. Both the Charger and Challenger models still use parts of the design from the original models. On the Challenger you can see that the general body style, featuring quad headlights and a rising waistline, resembles the 1969 original, while the Charger is more subtle, featuring the original sail-type c-pillars and stylized creases in the side doors. 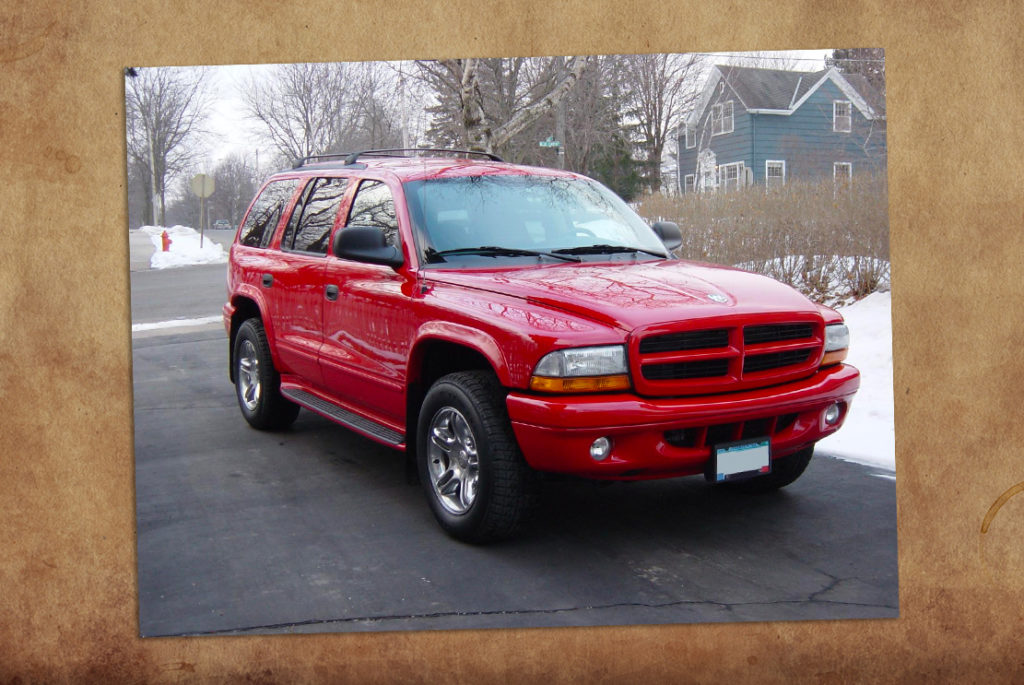 The first-gen Dodge Durango from 1997; Copyright by AEC, 2022 with content by: Brent Rossow, CC BY-SA 2.0; Wikimedia-Commons

7. The first Dodge Durango came to market in 1997, just one year after AEC was founded. Back then, the SUV was still based on the Dakota mid-size pickup truck. Today’s Durango is much more refined. Nevertheless, it still shares a few bits, like its engine, with our current full-size RAM 1500. 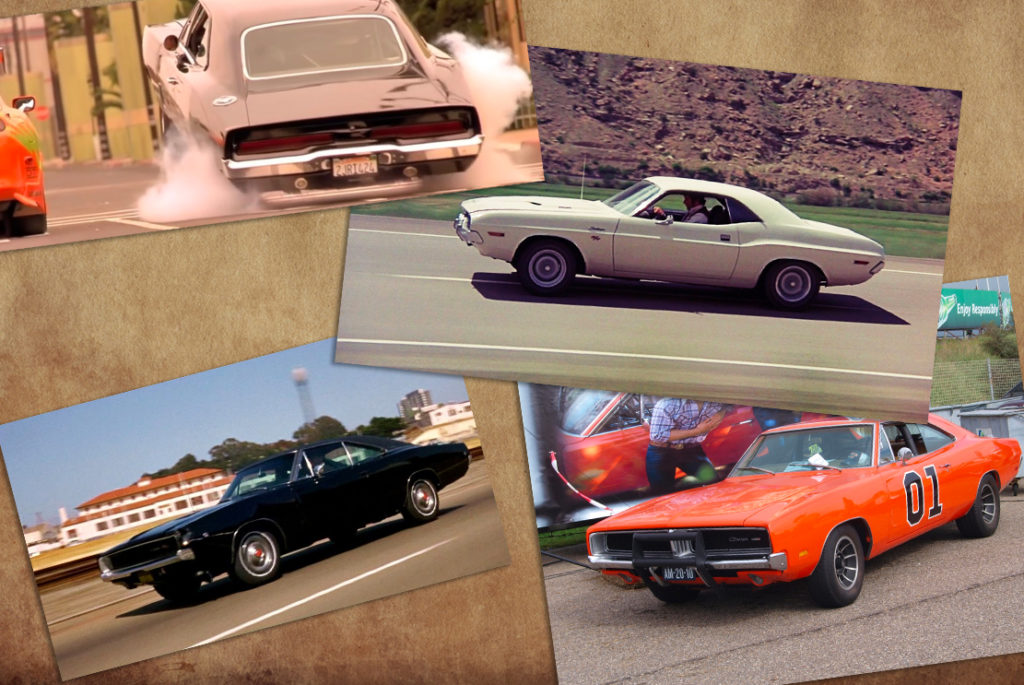 8. The classic
Dodge muscle cars are a familiar sight to TV and movie lovers worldwide. And they’re way more than props! Often times they belonged to a main character, making them instantly recognizable – whether as protagonist or antagonist. Some beloved examples include Bullit (1970), Vanishing Point (1971), The Dukes of Hazzard (1979), and The Fast and the Furious (2001). 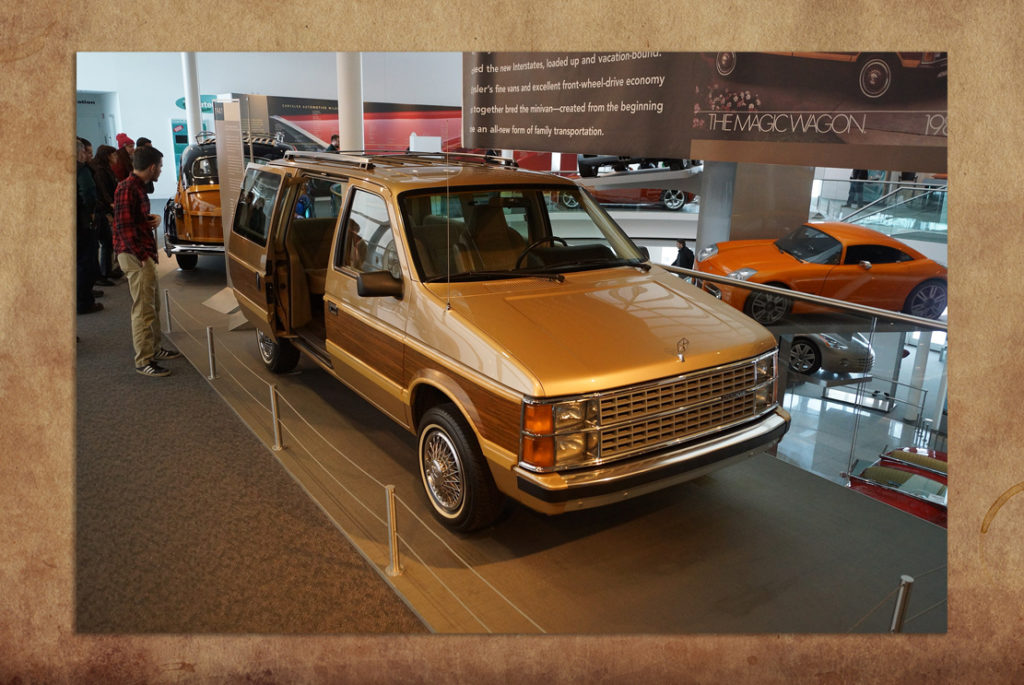 9. The 1983 Dodge Caravan, along with its sister cars the Plymouth Voyager and the Chrysler Town and Country, first introduced the minivan to the North American market. They count among the first unibody minivans ever made and were actually based on the hugely successful K-Car series of economy front-drive vehicles from Chrysler, which saved the Chrysler Corporation at the time. 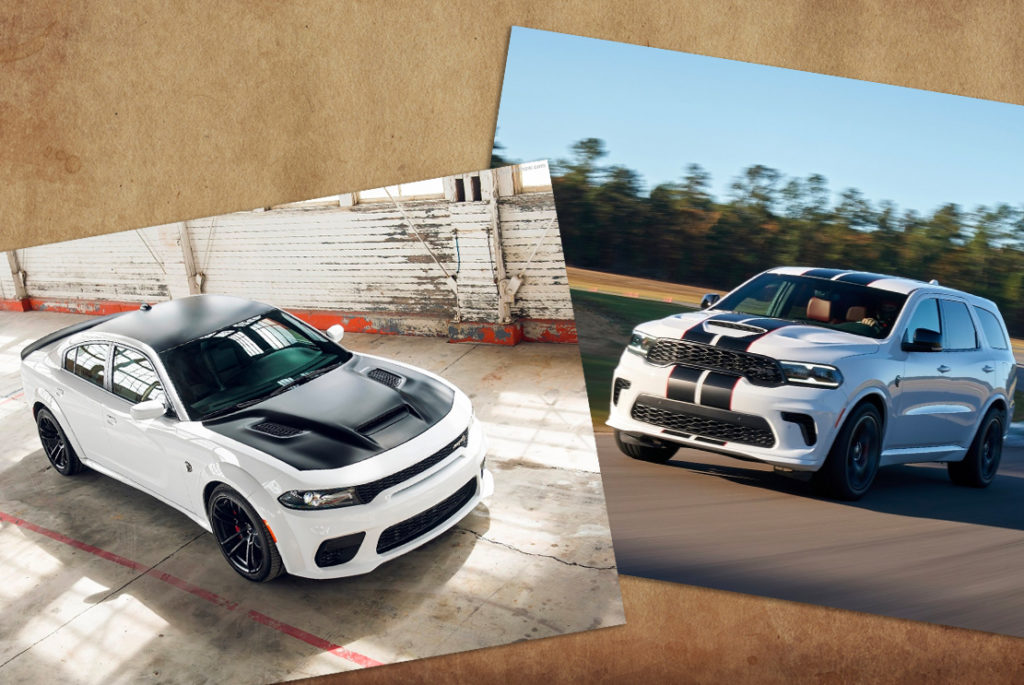 The current Dodge Charger SRT Hellcat Redeye and Dodge Durango SRT Hellcat – the most powerful series four-door sedan and SUV in the world, Copyright by AEC, 2022

10. Ultimate bragging rights: The current Dodge lineup contains both the most powerful four-door sedan and SUV in the world with the 2022 Charger SRT Hellcat Redeye (808 Horsepower), and 2022 Durango SRT Hellcat (720 Horsepower). Comparable models in both segments top out at 600-630 Horsepower.